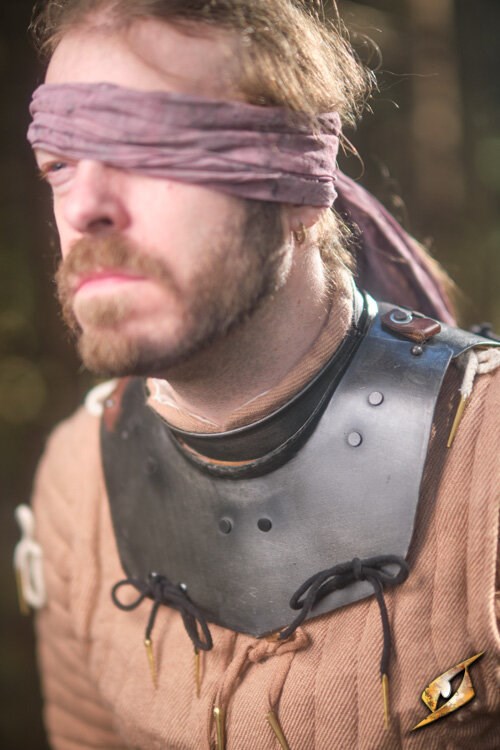 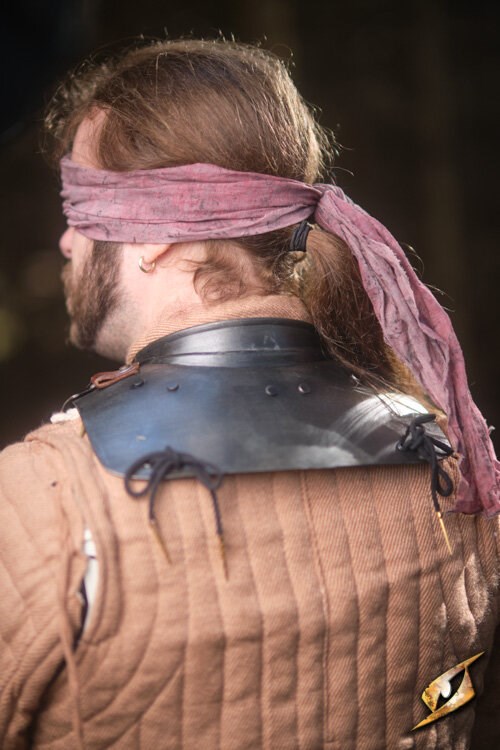 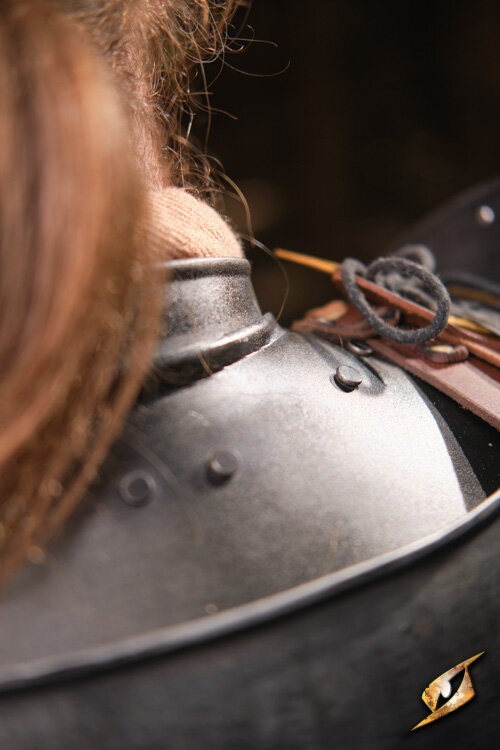 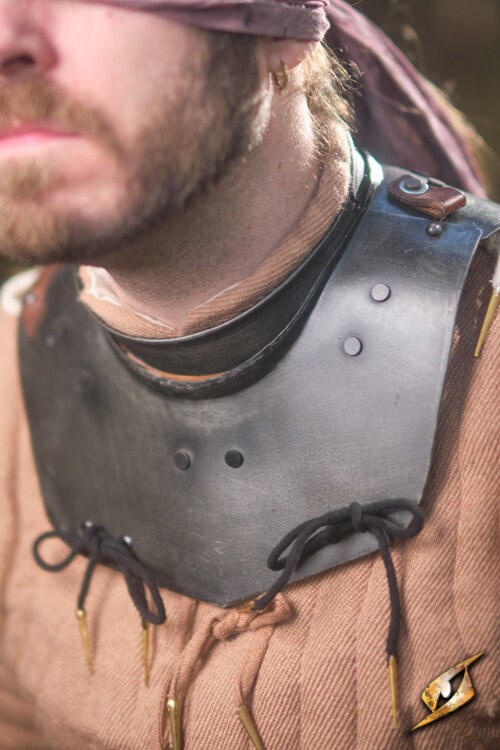 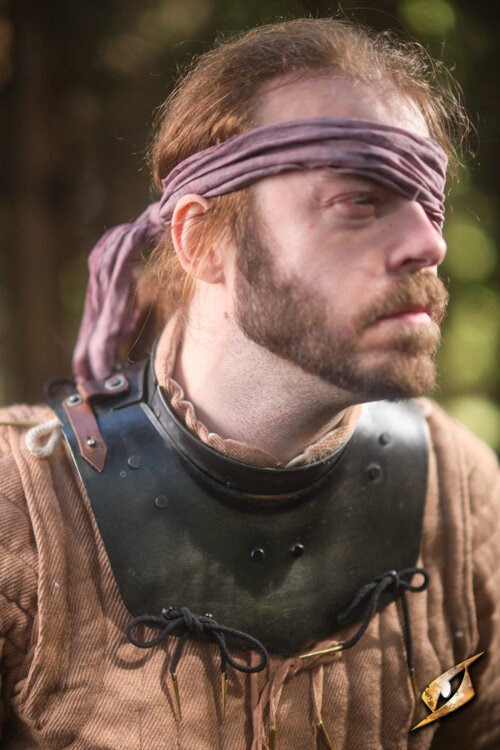 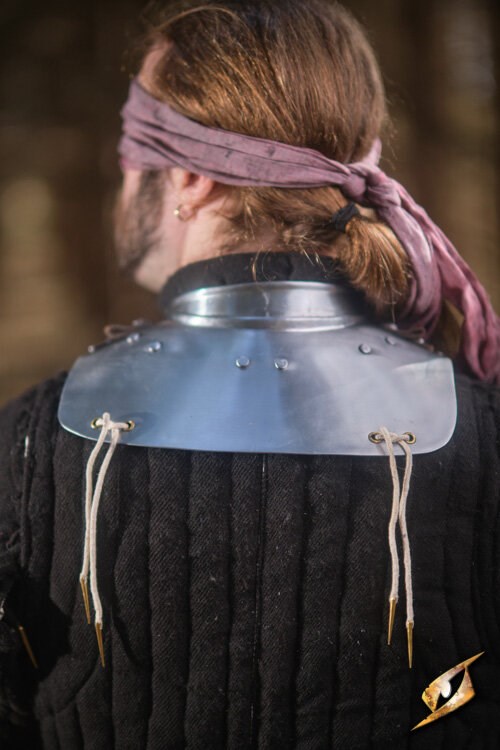 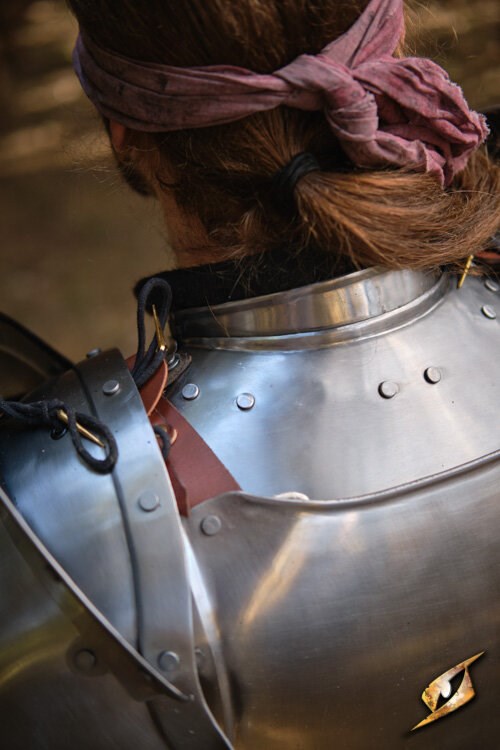 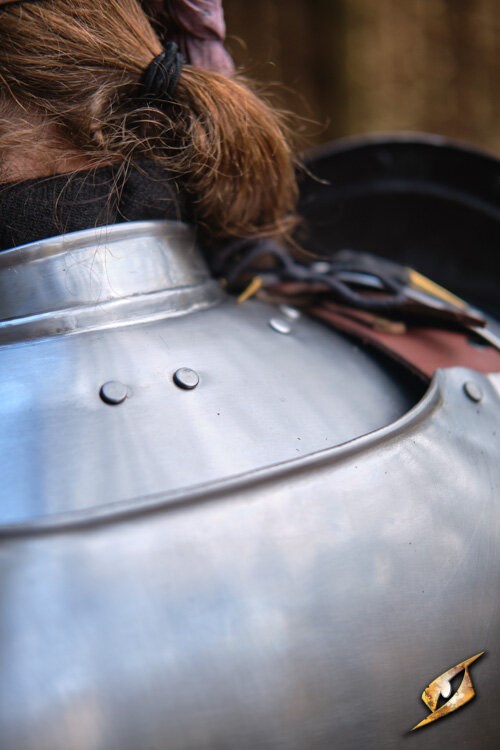 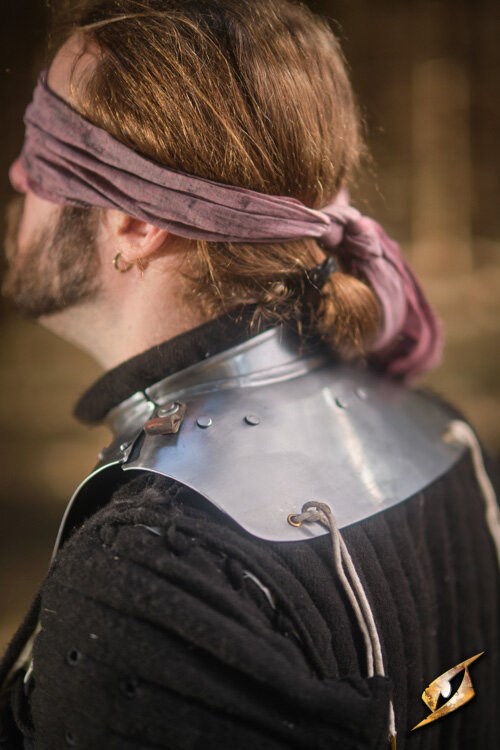 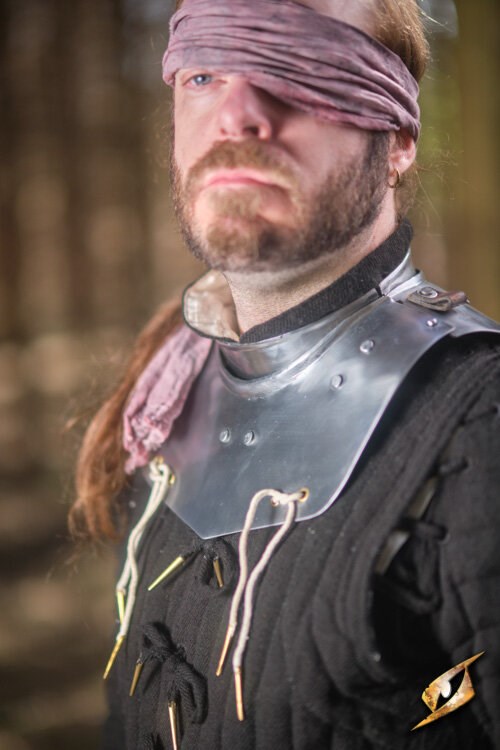 “The mercenary roared in pain as my rapier found a weak spot in his armour. In a last effort of fearful rage, he drew his rondel dagger and made a forceful thrust. In a fraction of the following moment, I felt the blade sing as my gorget reflected the blade. A scratched armour is better than a fatal wound, I thought, as the fight continued.”

The Captain Gorget is a minor but essential armour piece, available in glorious Polished Steel and grim Epic Dark. It is fitted with strings designed to attach the Captain Pauldrons or other tie-on armour shoulder pieces.

WHAT DOES “GORGET” MEAN?