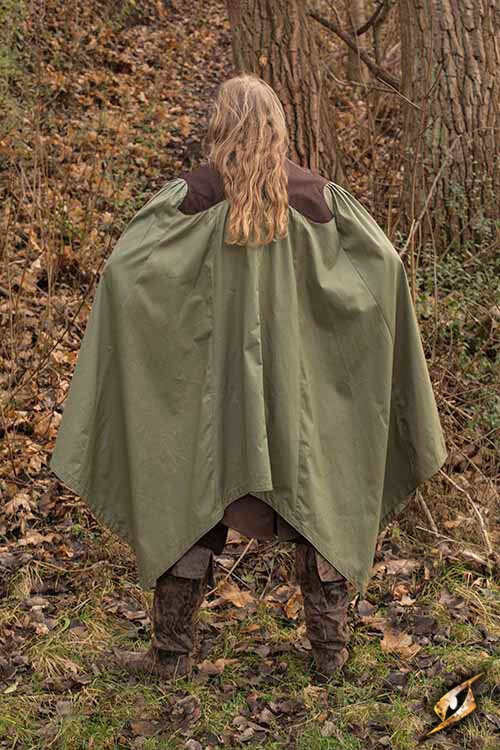 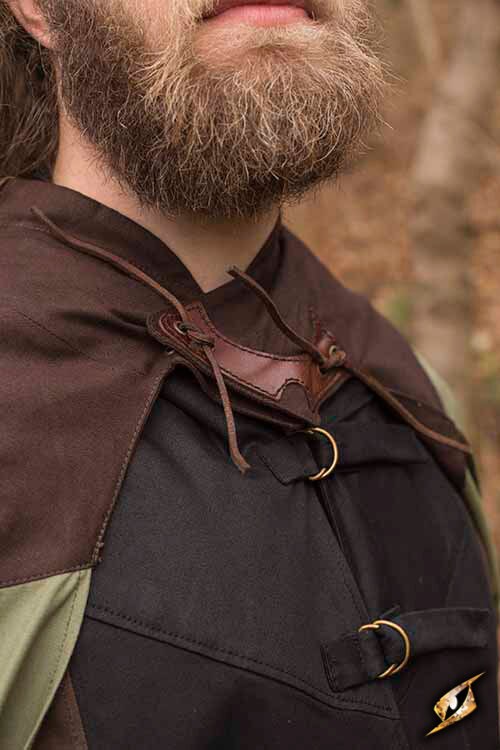 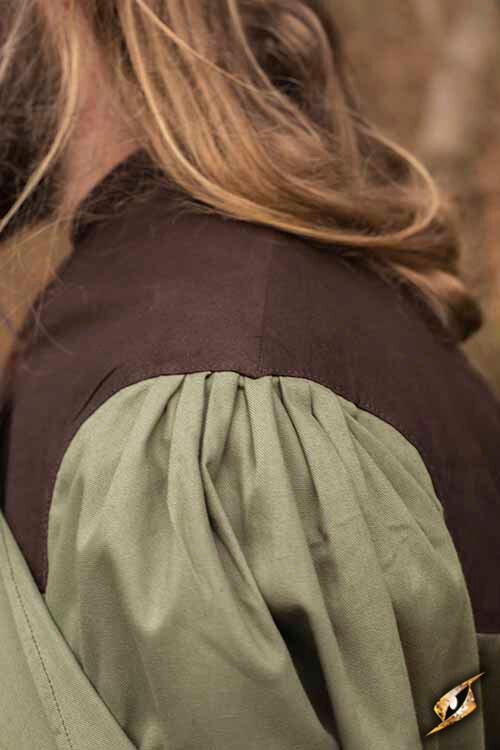 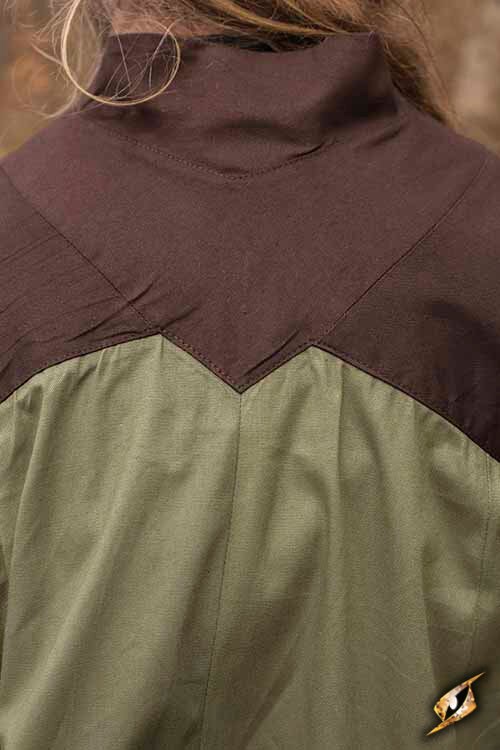 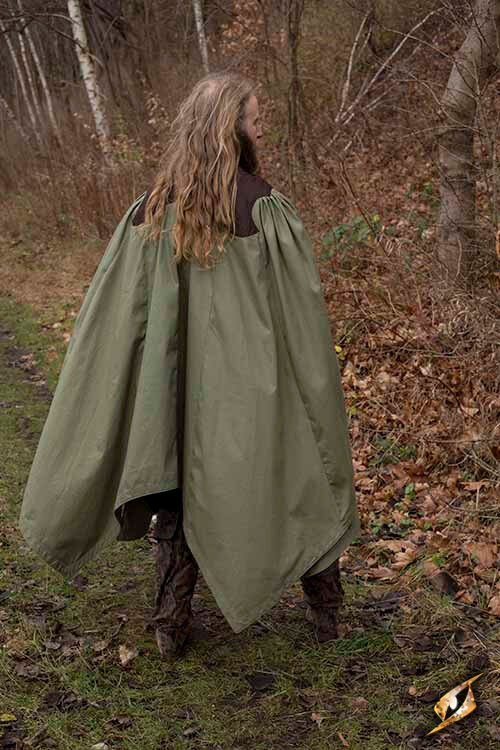 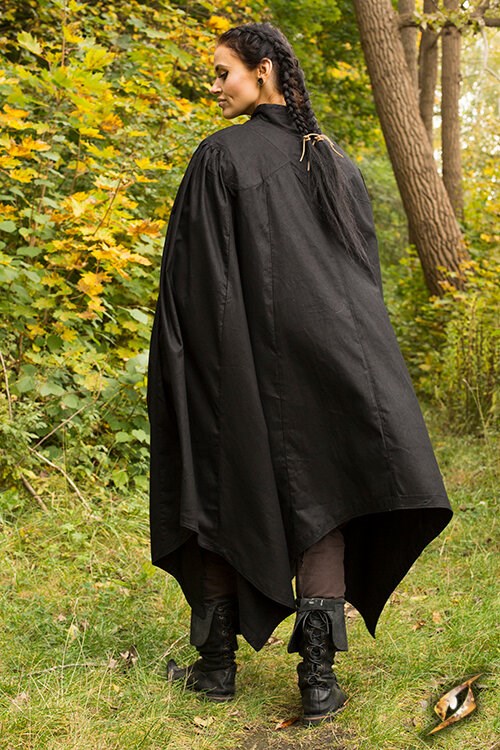 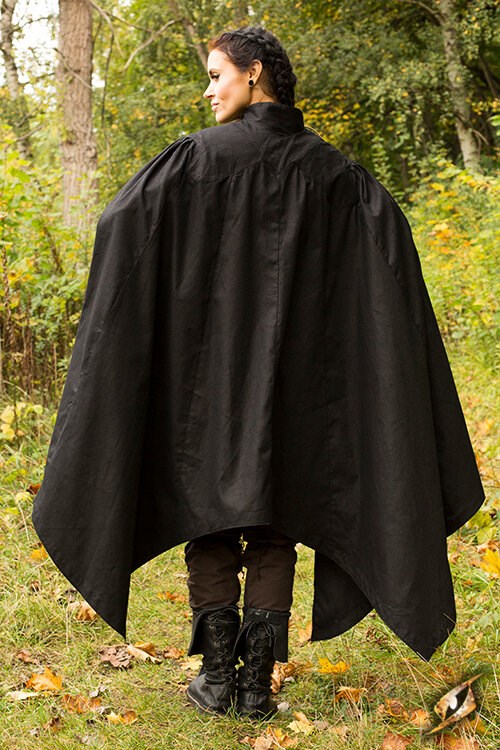 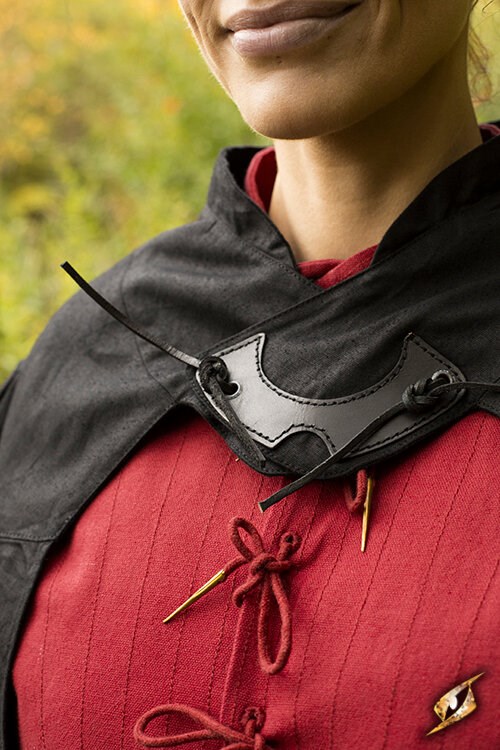 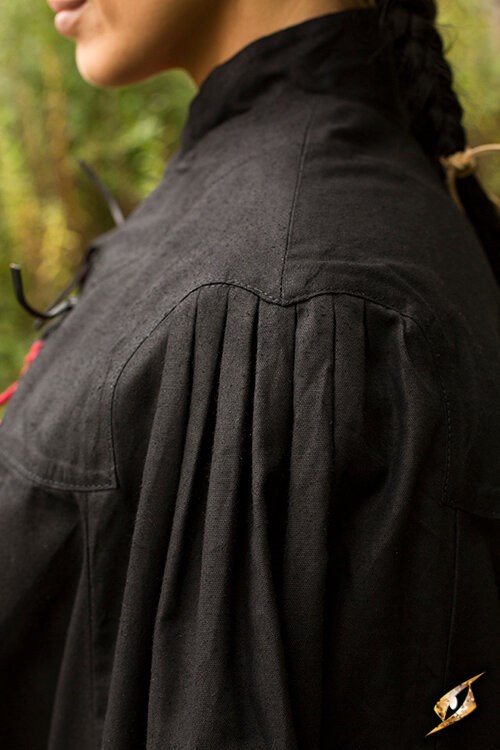 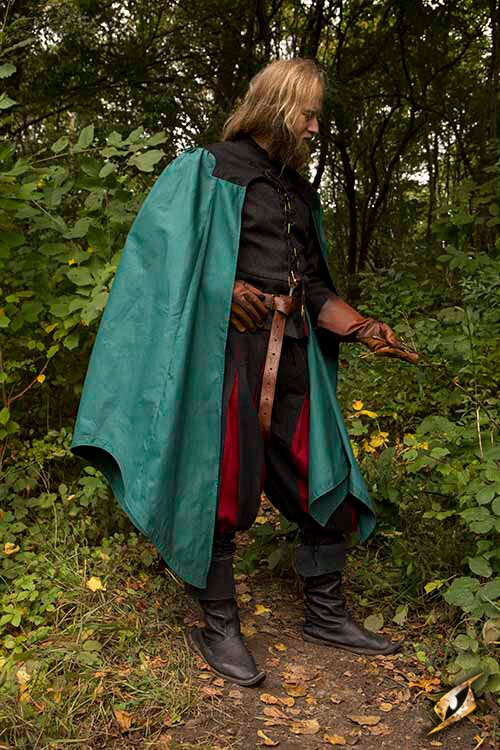 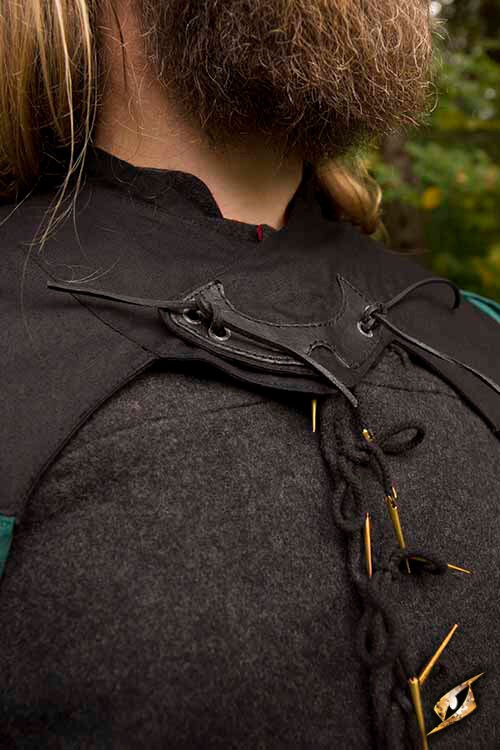 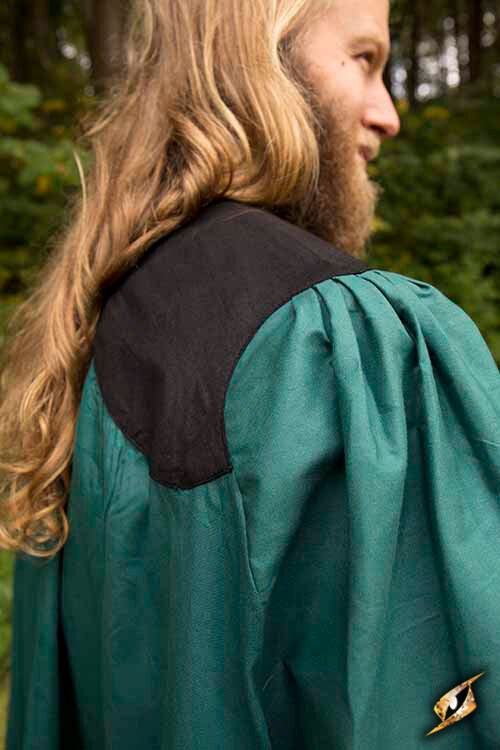 Epic Armoury, Ethereal
In Stock (choose variant)
Expected to be in stock:

When you want something done, you only have to point and speak your command. “Go, servant, fetch me water!” you say. “Dispatch these rogues,” you bark.

Dressed in your Edrahil Cape, you have a particularly influential appearance, the fabric flowing behind you as you stroll through the castle grounds. It’s good to be a noble, isn’t it?

Epic Armoury’s Dark Brown/Dryad Green Cape Edrahil is a knee-length cape with a brown high collar and green pleated fabric. The design is meant to serve as a fashion accessory, a top layer of style that gives structure to the shoulders and an air of authority. Made from cotton and cut to include extra billowing fabric pleated at the shoulders, this cape features an open front so that your hands are left unimpeded while fighting--or ordering your guards to fight for you. Its high-ranking appearance makes for a great accessory for a variety of Renaissance or fantasy costumes, especially nobility or officers.

The Cape Edrahil is a powerful cut with longer sides. Secure the cape by overlapping the collar in front of the neck and tying its leather ties through the top leather patch.

Available in Dark Brown/Dryad Green, Epic Black, and Epic Black/Azure Green; and in One Size. 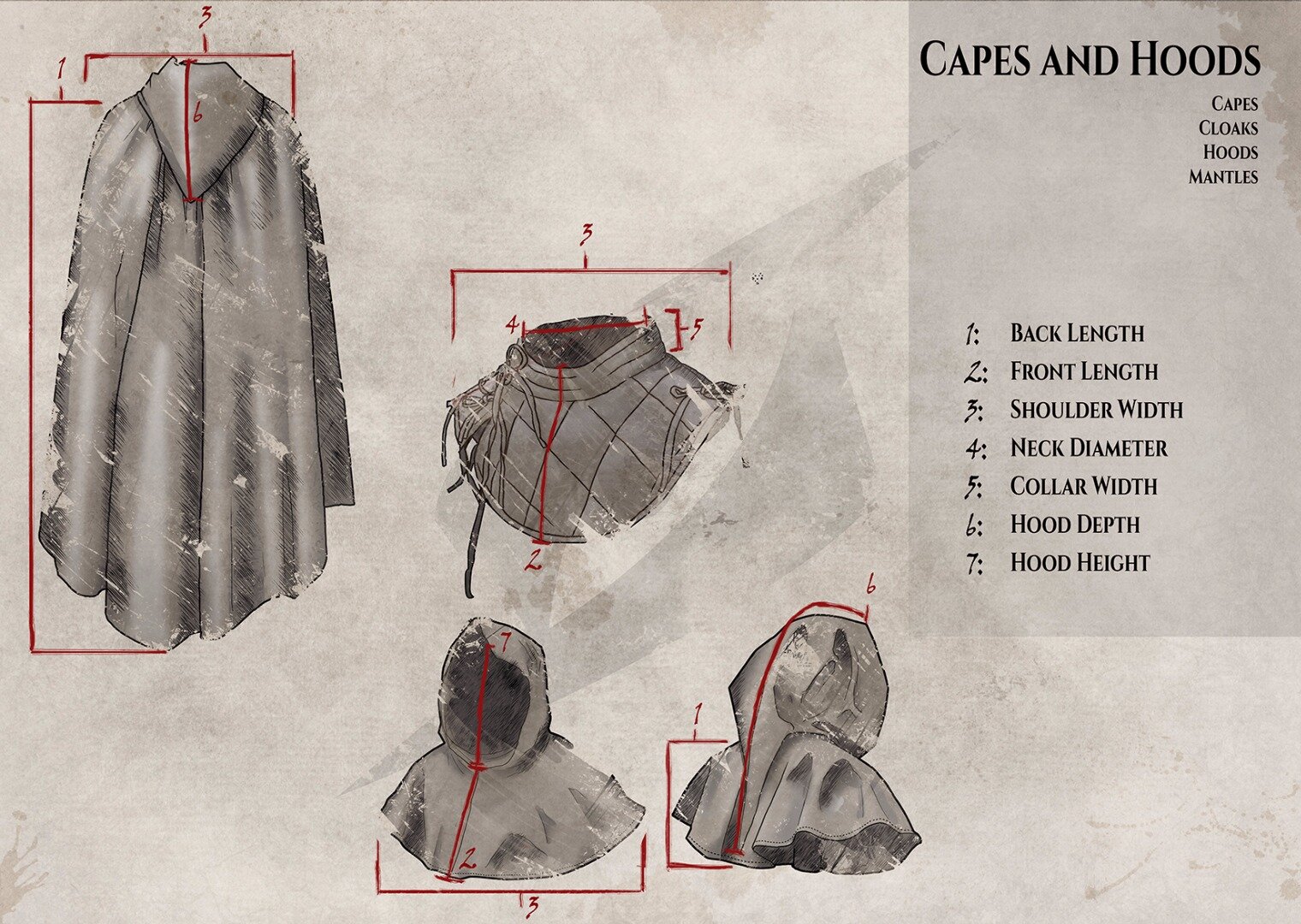 This medium cotton product is soft to the touch, but heavier than light cotton. This material wrinkles easily, but can be ironed on a medium heat level.

Machine wash at 40°C / 104°F. Please make sure to wash it once before use in order to make sure that remaining dye will be removed from the product. It is advised to wash with similar coloured clothes to reduce the risk of dye imprint.

Tumble dry on low heat, but be aware that it might shrink up to 5%. For general stains or discoloration, treat with a commercial fabric cleaner, or blot with tepid water and a soft cloth.