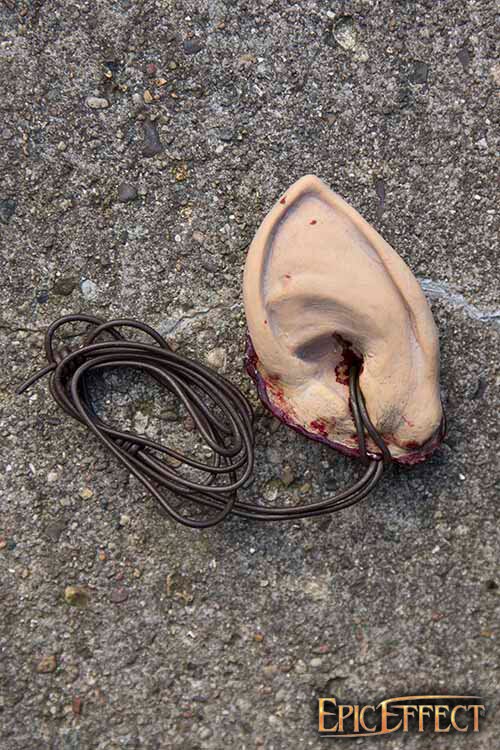 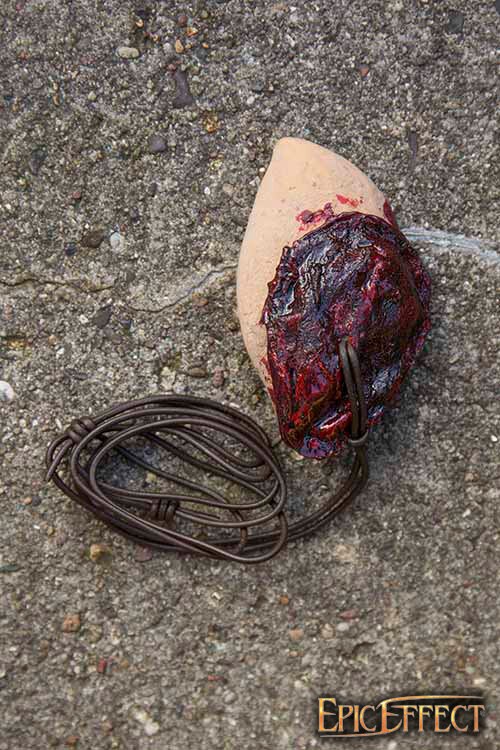 You hate halflings. They're small, annoying, and mischievous creatures. The next time a halfling tries to steal your horses, you set up a trap for him. You manage to ensnare one, and you take his ear as a warning to his friends.

You prepare the ear and leave it hanging on the edge of your property. Maybe the next halfling will think twice before bothering you and your livestock.

Epic Armoury’s Halfling Trophy Ear is a gruesome latex accessory designed to look like the small, pointed ear of a halfling foe. Made from 100% natural latex and stuffed with cotton to give it mass and texture, this ear adornment can be hung as a talisman from a belt or neck using its leather cord. It is sure to create fear--and hatred--in the hearts of your little folk enemies.

The Halfling Trophy Ear is sculpted and handpainted to appear as if it has been cut off from flesh. Thickened, rough edges along the base look like clots of blood coagulated from the wound. This trophy ear is skin-coloured with shaded creases. It can be carefully dry-brushed or customized using Epic Effects Make-Up.

After each use, wash the ear with a damp sponge or cloth with a mild detergent to remove the natural oils from your skin. After drying, dust it lightly with baby powder.

Do not expose the ear to direct sunlight for a prolonged period of time.