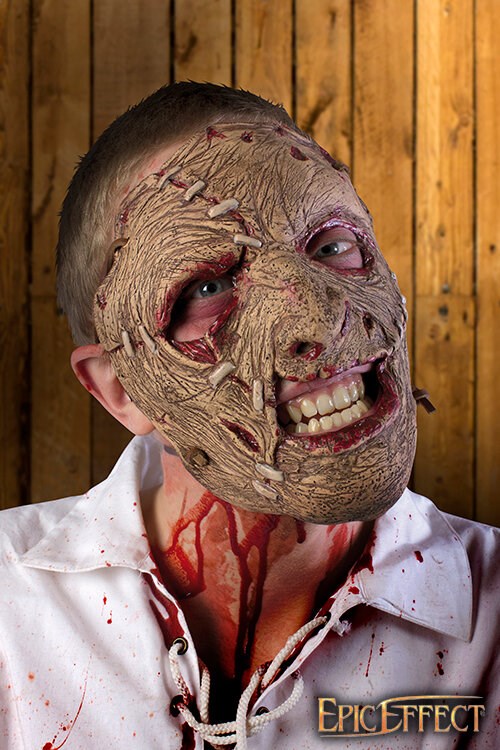 People are short sighted and greedy creatures, like lice infecting the world with their disease-ridden numbers. You existed only as a slave for most of your life, scarred and battered by the man who owned you.

What is left of your face you must hide, and this is why you took the master’s face as a prize. You broke your chains and sought your revenge, claiming the faces of his entire family. Wearing your Stitched Trophy Mask, you strike out on your own...to live peacefully? No. You have plans to hunt down every slaver in the kingdom.

Epic Armoury’s Stitched Trophy Mask is a face mask designed to look like the torn away face of several men. Hide your face behind the stolen ones of defeated enemies, kept as a trophy to prove your warrior’s skill and victory. Made from 100% natural latex, this mask covers the whole face with roomy holes around the eyes, nostrils, and mouth for comfort and speech.

The face itself has a pronounced nose and sculpted stitches, designed to appear hazardly stitched together. Wrinkles and jagged edges give it the realistic appearance of having been torn away from the face of the victim. The complexion is a sickly yellow skin tone. 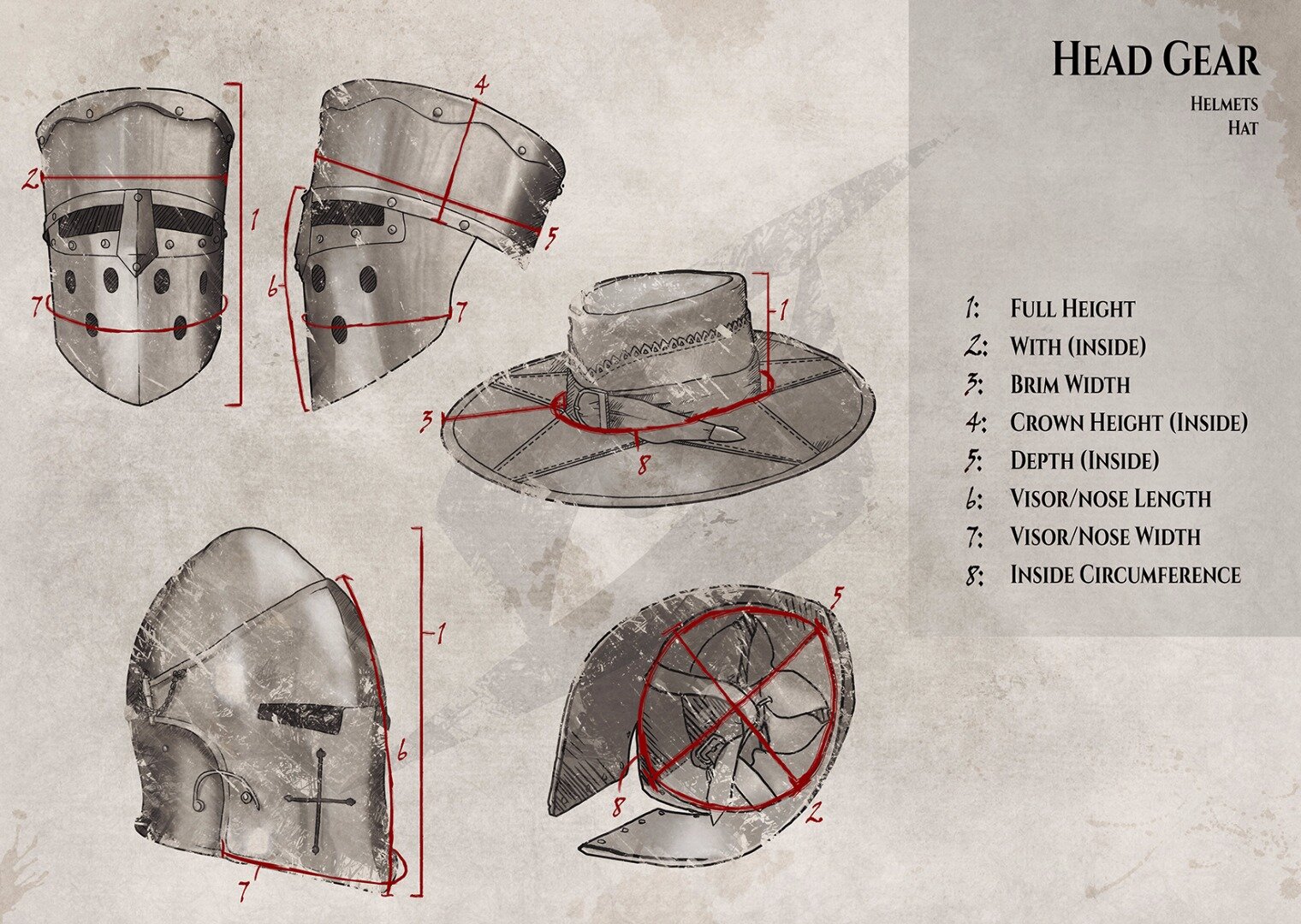