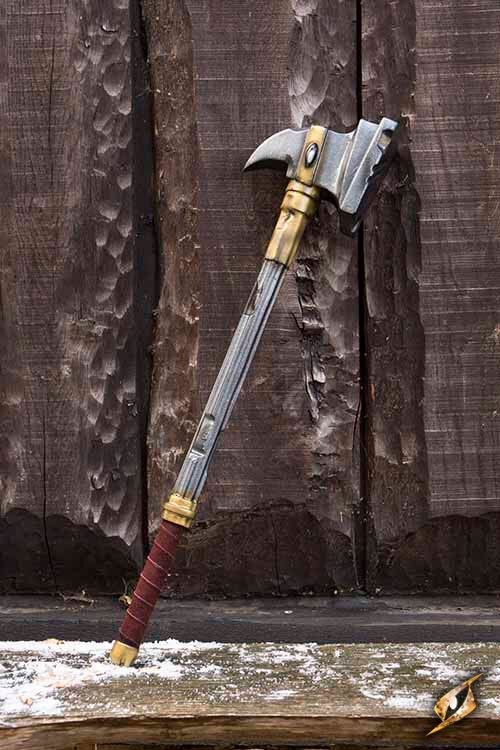 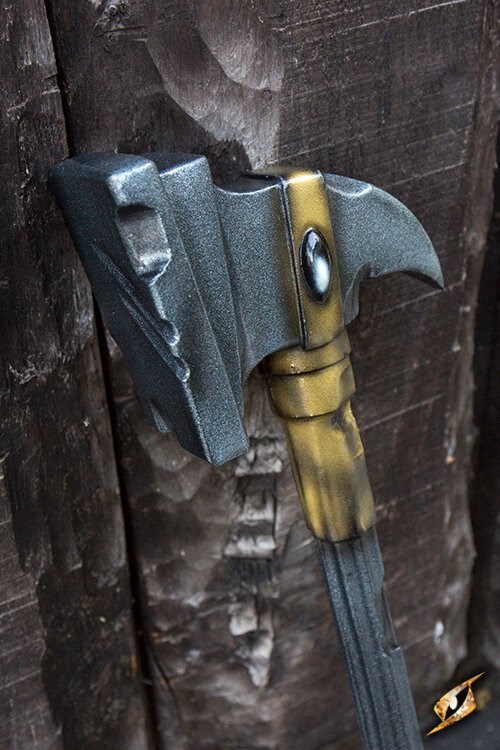 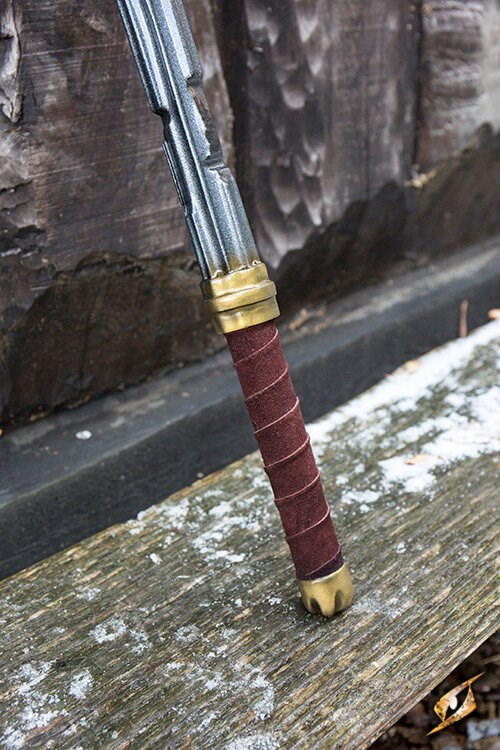 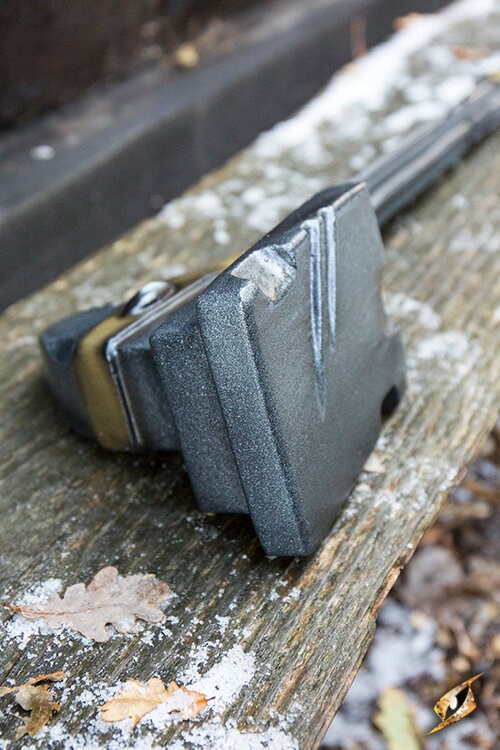 Plate armour has become popular on the battlefield, protecting soldiers from sharp blades and firearms. But you are clever. A soldier in plate has every reason to fear you, because armour will do nothing against the blunt force of your Guardian warhammer.

Your fellow soldiers gave your warhammer its name after your first battle--a battle where you managed to save your entire unit from a dangerous enemy knight thanks to the force of your weapon. Now they look on you as their protector. You don’t want to let them down.

Epic Armoury’s Guardian is a high-fantasy latex warhammer with rich, sculpted and handpainted detailing. The Guardian’s head is 9 cm wide, with a 15 x 15 cm face designed to deliver a fatal blow to your enemies. An 8 cm claw-like spike serves as the peen of the hammer, opposite the face. Sculpted and handpainted, the head of this hammer appears fitted to the haft through a jeweled metal bar. This detailed metal attaches to the steel-coloured haft and the 12 cm handle wrapped in split-leather for a comfortable and secure grip.

Made from durable closed cell foam around a fibreglass core and finished with a strong latex coating, you can feel confident that your LARP weapon will provide the safety and appeal you want when crafting your kit.

As the entire latex sword is handpainted, the jewel varies between blue, red, green, purple, or black. The metal band’s colour varies between gold, silver, or bronze. 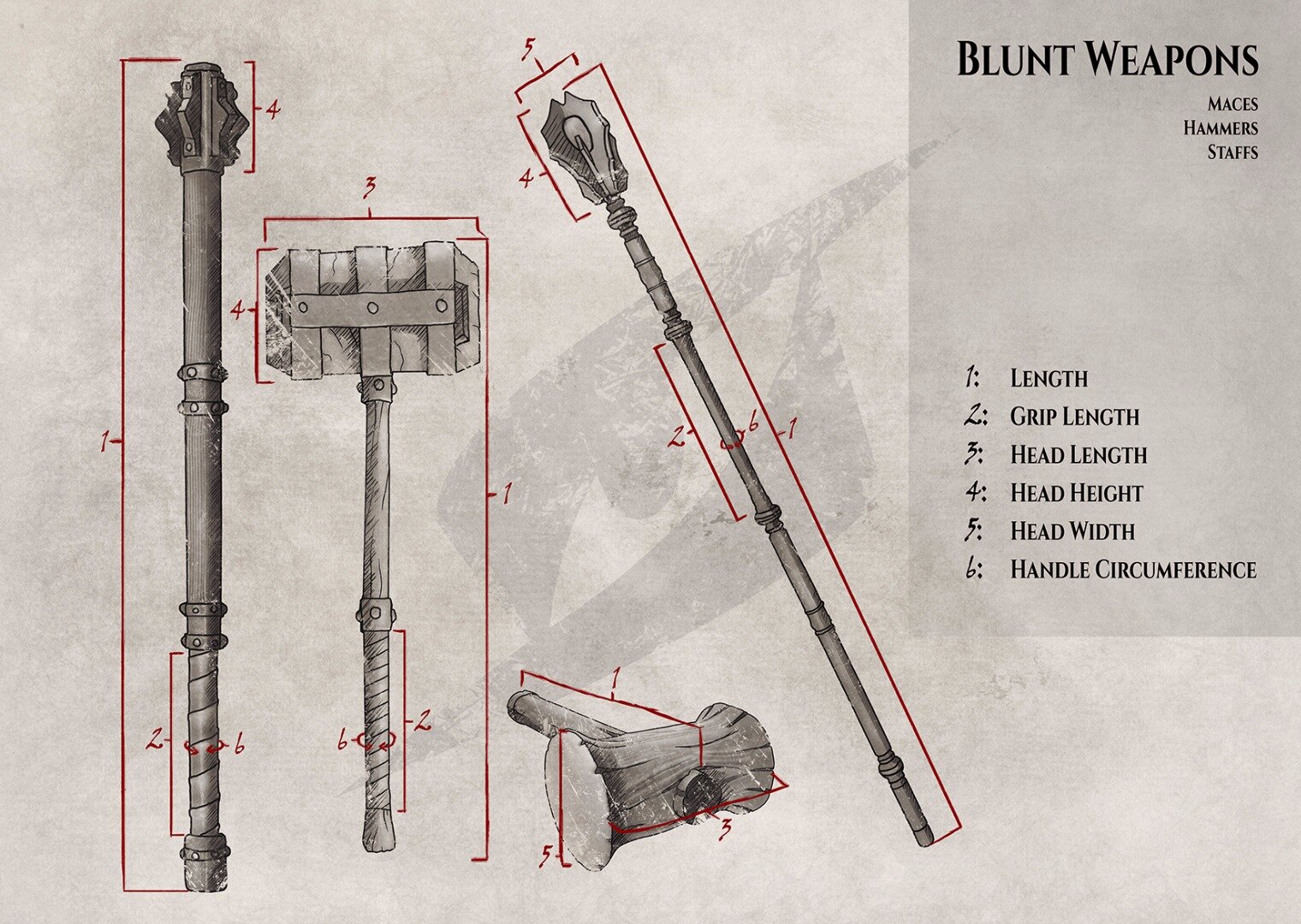 All latex-coated weapons need a certain degree of maintenance. For this we recommend using maintenance silicone which can be purchased separately in the LARP Accessories section. Epic Armoury Maintenance Silicone is an easy, spray-on application, 100% pure and acid-free making it safe to apply. We recommend using Maintenance Silicone on a regular basis. It maintains the latex-coat’s flexibility and prevents it from drying out, keeping the product wear and tear resistant.