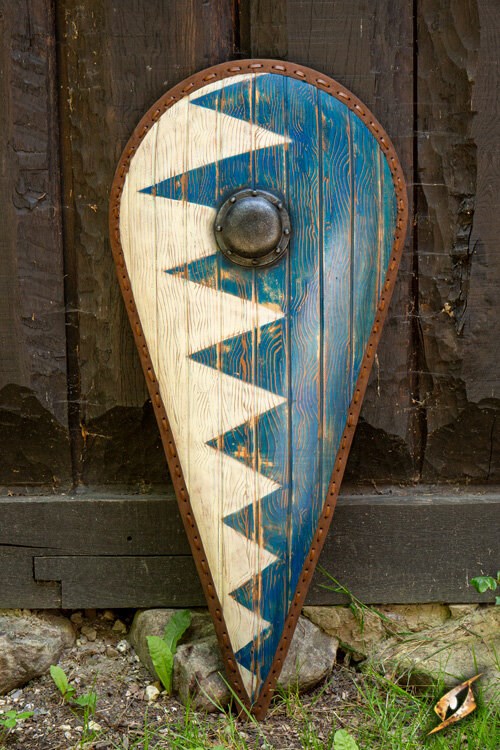 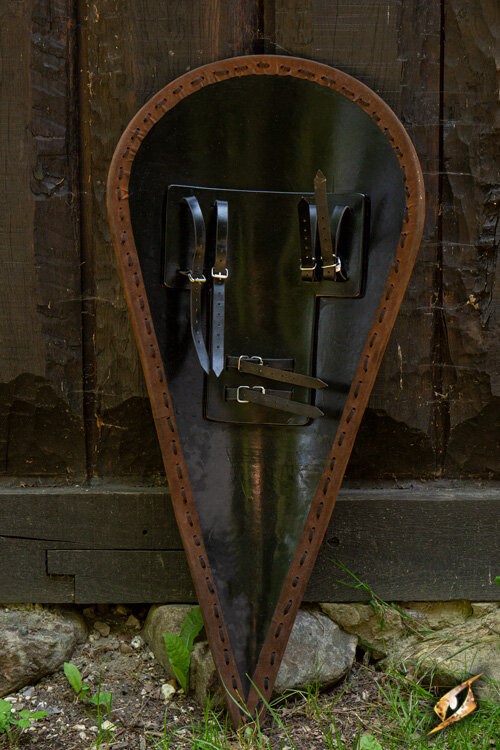 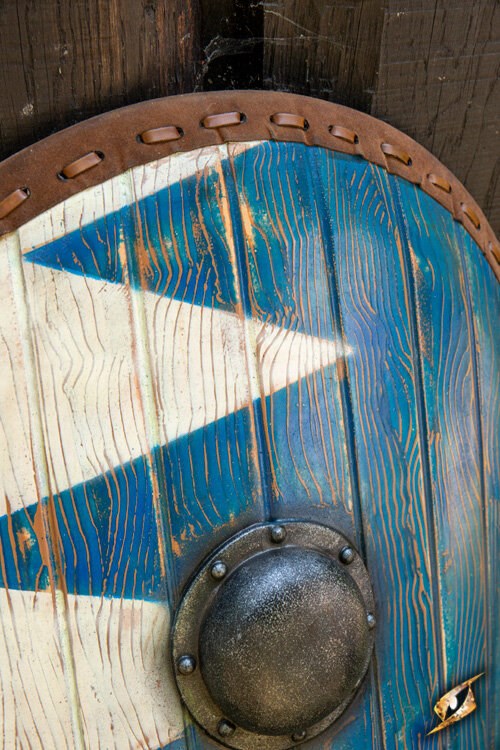 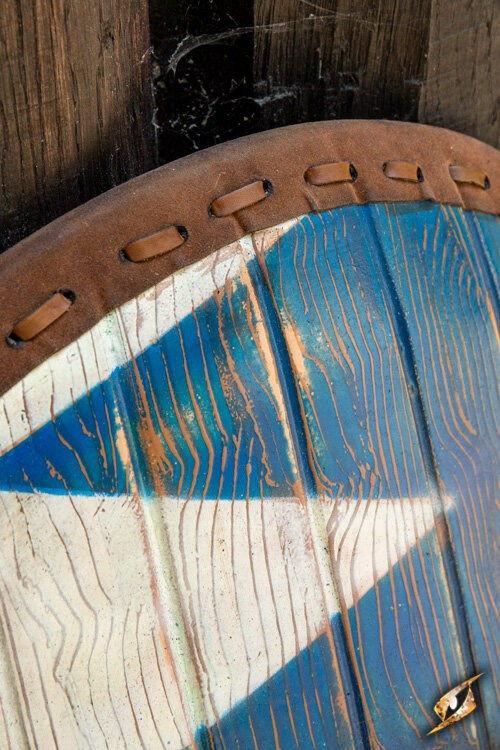 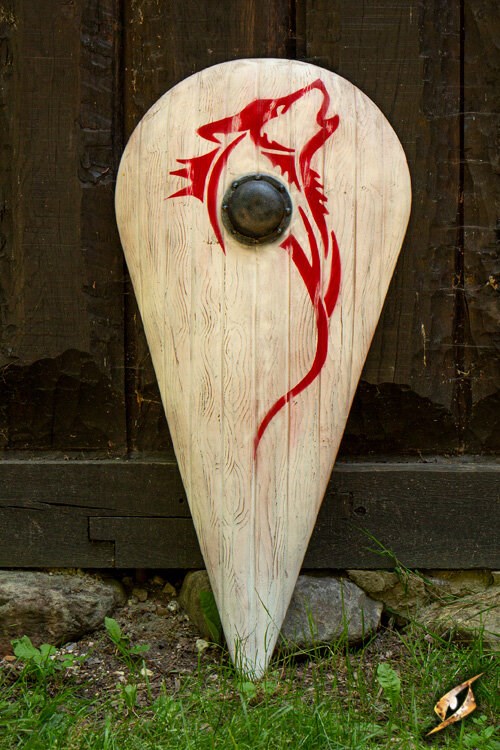 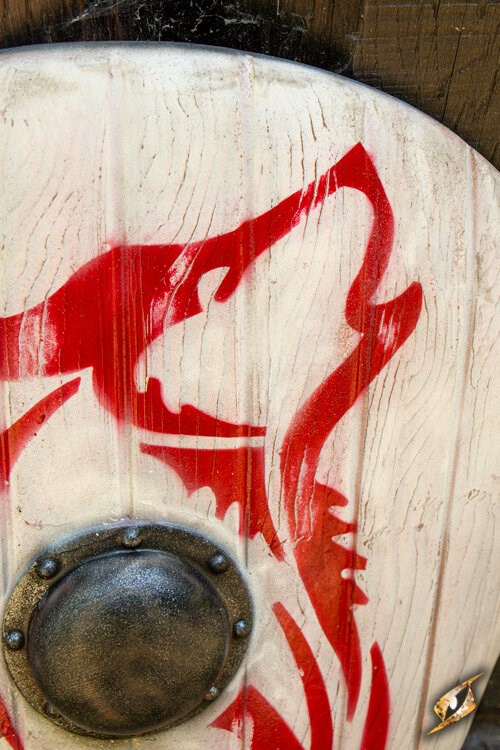 Epic Armoury, Stalwart
In Stock (choose variant)
Expected to be in stock:

Epic Armoury’s Blue/White Norman Shield is an leaf-shaped shield inspired by Norman soldiers of the early 11th century, used during the Norman conquest of England. Also called a kite shield, this 115cm long shield is rounded at the top and narrows toward the bottom, perfect for mounted cavalry or field soldiers alike. This Live Action Role Play (LARP) safe shield is carved from EVA foam and coated in a layer of durable latex, and is designed to look like slats of true wood trimmed with a strip of real leather. A shield boss is attached to the front, as would have been common during the time of the First Crusade.

The Norman Shield has been hand painted with a tribal blue and white design, faded and aged for the battlefield. Strap this shield onto your left or right arm thanks to the six adjustable, leather enarmes on the back. This is a great alternative to a punch grip, specifically used to compensate for the kite shield’s unique shape. Keep your shield in great condition with regular latex maintenance.

A Piece of Norman Warfare 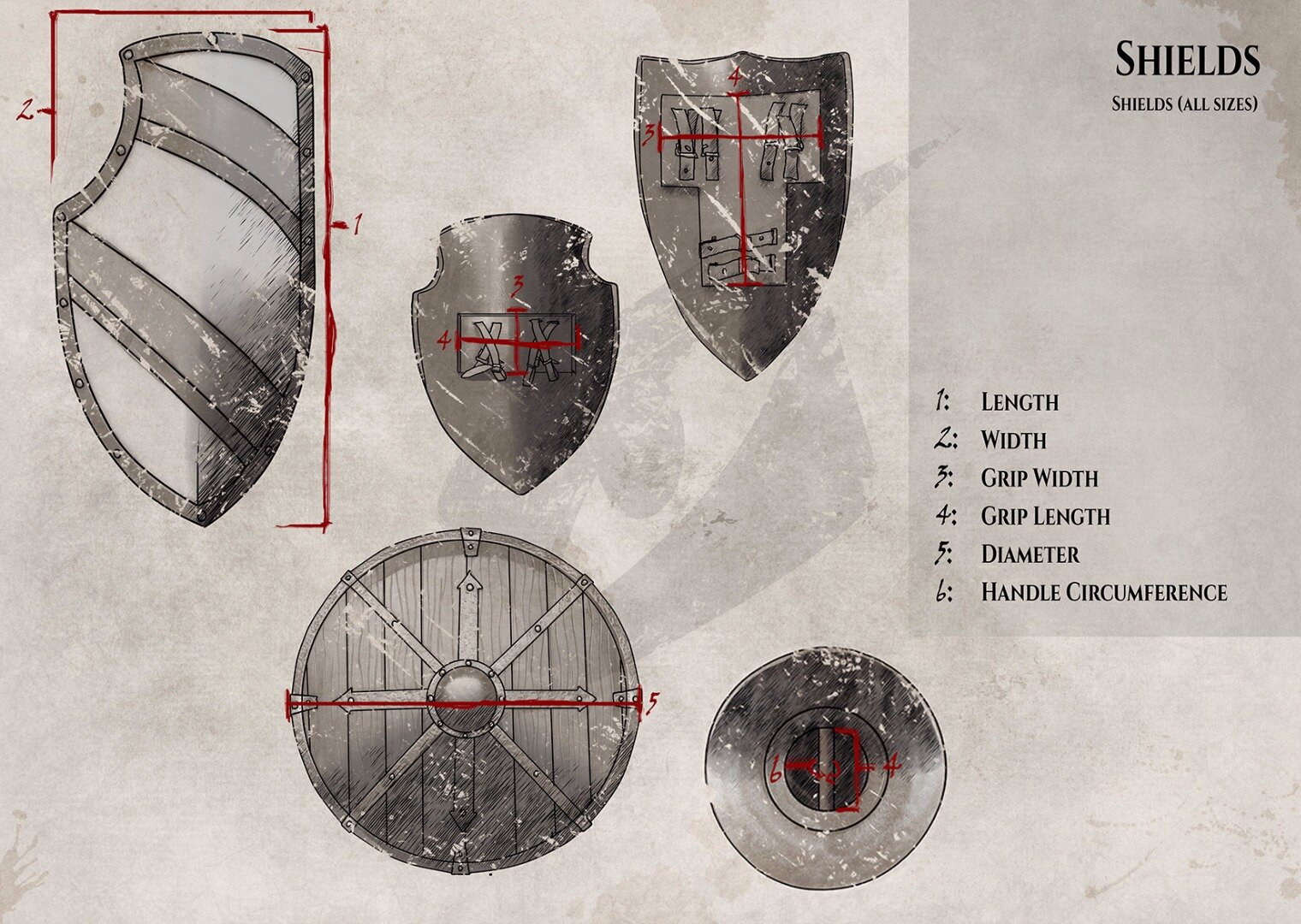 All latex-coated products need a certain degree of maintenance. For this we recommend using maintenance silicone, which can be purchased separately in the LARP Accessories section. Epic Armoury Maintenance Silicone is an easy, spray-on application, 100% pure and acid-free making it safe to apply. We recommend using Maintenance Silicone on a regular basis. It maintains the latex-coat’s flexibility and prevents it from drying out, keeping the product wear and tear resistant.

Store your latex shield in a cool, dry environment. Use a simple sheet or towel lining to prevent it from touching a plastic or rubber surface to prevent your shield from adhering to other products.