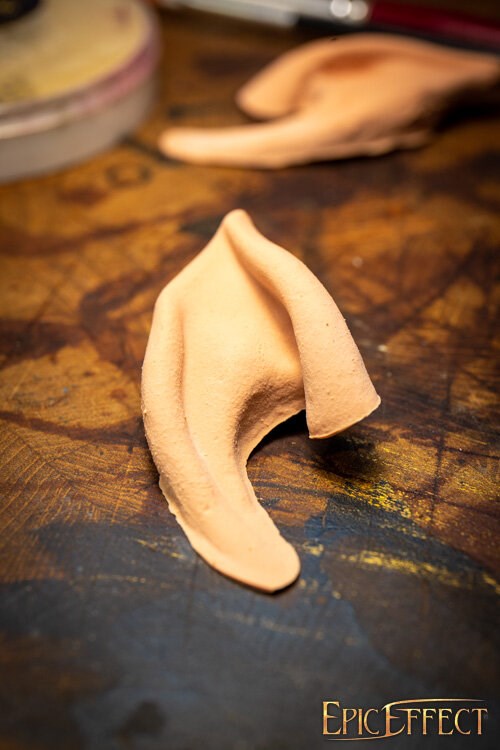 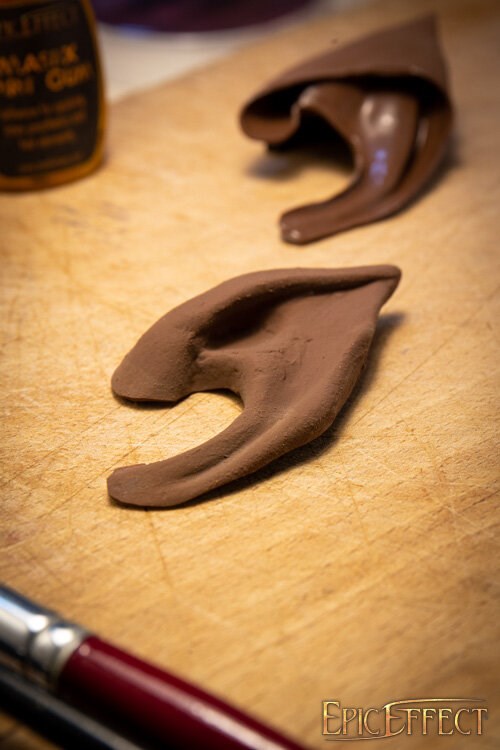 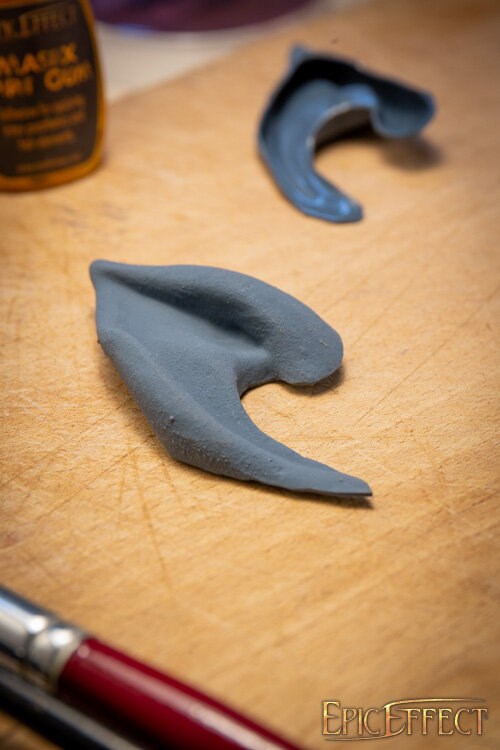 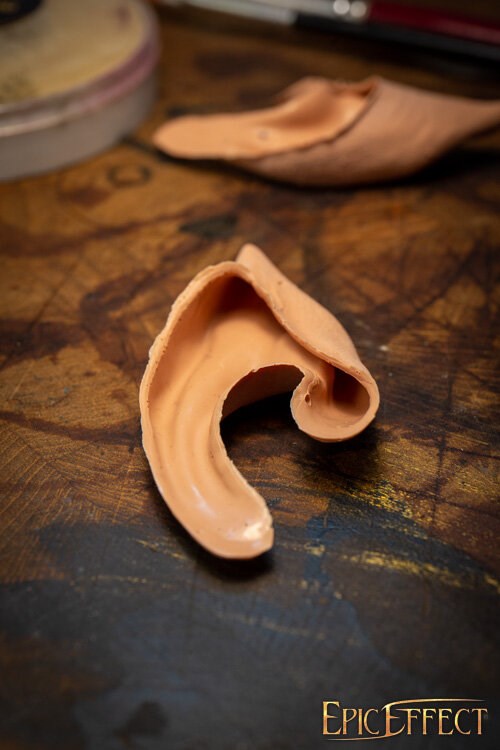 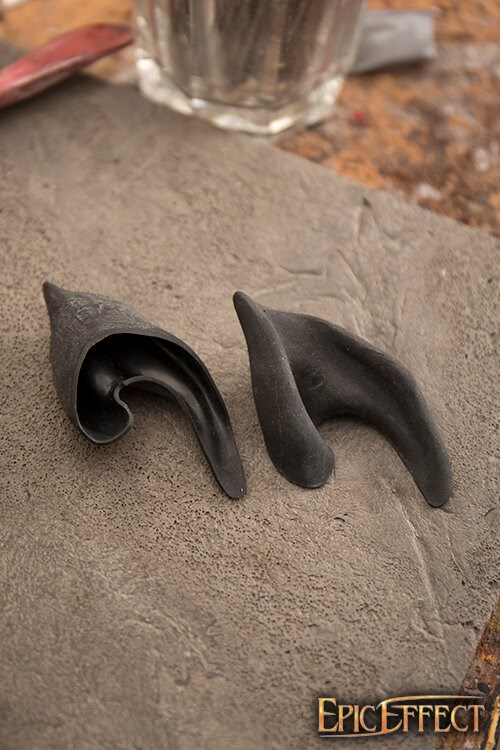 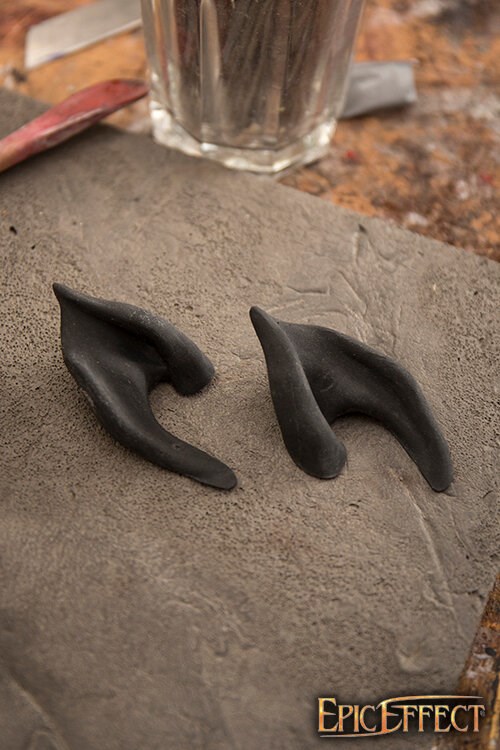 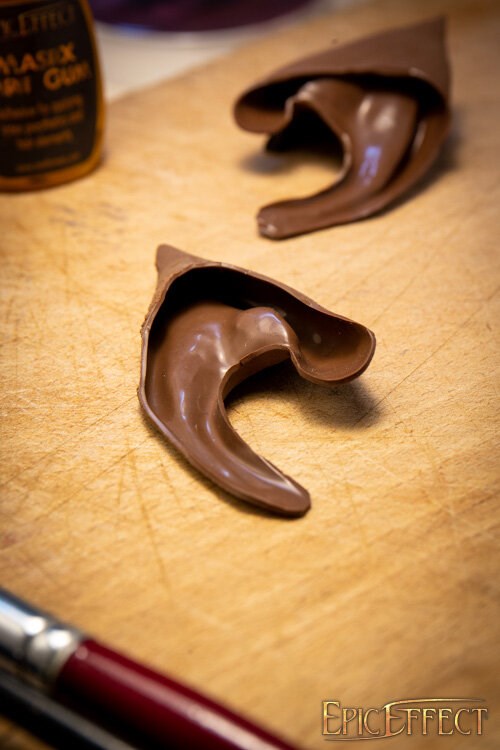 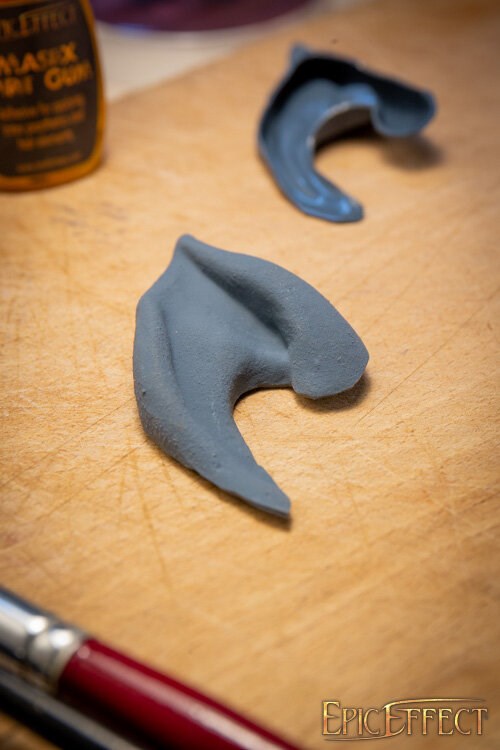 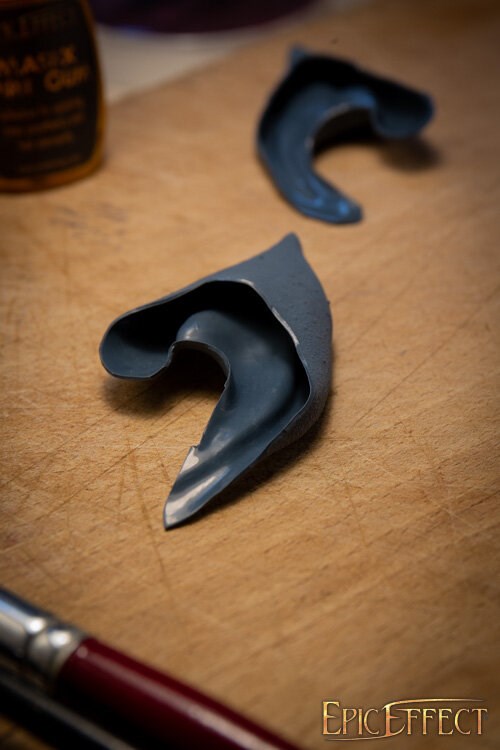 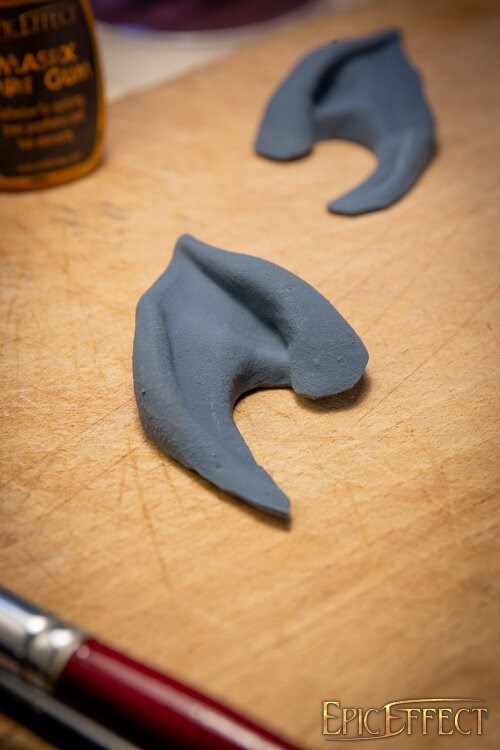 Stygian
In Stock (choose variant)
Expected to be in stock:

“Your senses contradict your statement,” said the young elf straightforwardly: “Manarock mineral and whale oil do not sound the same when burning in lanterns. The creatures we heard were most likely subterranean citizens like me.”

The boy gestured to the tip of his small, pointy ear and smirked. Unexpectedly, I sensed no resentment from him. He merely found me inferior and rightly assumed that I was unable to hear the difference between burning lanterns. Honestly, I had never considered that they gave away sound at all.

The Small Dark Elf Ears are ear prosthetics designed for dressing up as dark elves, nocturnal fairies and other grimly graceful creatures. They have sharper outlines than the original Small Elven Ears, which gives a subtle yet noticeable contrast. They add the sleek and iconic pointy-eared feature of elven ears by adding four centimetres to the ear helix and are designed to fit a small ear. For larger ears, we instead recommend the Dark Elf Ears. The ears are sold in pairs and modelled to cover and form-fit over the outer ear, allowing plenty of surface area to glue the prosthetic to your ear securely. As the ears are individually moulded, slight variations and minor asymmetry between the prosthetic pieces are to be expected. We encourage you to carefully apply fine scissors to adjust the prosthetics for a unique fit to your ears. Finally, we recommend attaching and removing the ear prosthetics using our Mastix Spirit Gum and Mastix Spirit Gum Remover.

Remove prosthetics carefully and rinse off all glue, wax and make-up with Mastix Spirit Gum Remover and lukewarm water. Store dry in a dark and cool place.